Jeff Bezos, the founder and chief executive of Amazon, is well on his way to becoming the richest person in the world, with a net worth of more than $80 billion. What’s less certain is what he plans to do with his fortune, and how he could reinvent philanthropy.

On Thursday, after questions from The New York Times about the level of his giving, Mr. Bezos posted on Twitter a “request for ideas” for philanthropy. “I’m thinking about a philanthropy strategy that is the opposite of how I mostly spend my time — working on the long term,” he wrote. “For philanthropy, I find I’m drawn to the other end of the spectrum: the right now.”

Citing a homeless program in Seattle, Amazon’s hometown, that the company is working with, he said he was seeking to help people “at the intersection of urgent need and lasting impact,” adding, “If you have any ideas, just reply to this tweet…”

The message was classic Bezos — challenging conventional wisdom, seeking the wisdom of the market and highlighting his various businesses. Yet it failed to answer a question that is likely to follow him more often if and when he becomes the richest man: What are his plans to give away some or all of his wealth?

Mr. Bezos, who owns about 17 percent of Amazon, has enjoyed what could be the most rapid personal-wealth surge in history. As Amazon’s share price has more than tripled since 2015, its leader has added more than $50 billion to his net worth, bringing his current total to nearly $83 billion, according to the Bloomberg Billionaires Index. He is now less than $7 billion shy of taking the title of the world’s richest person from Bill Gates, who has held the crown for 18 of the past 23 years.

Mr. Bezos’ wealth is proof of Amazon’s seemingly unstoppable growth and dominance in a wide range of fields, including online retailing and cloud computing. It adds another Horatio Alger story to the mythmaking machine of American wealth — showcasing someone from the middle class who was adopted by his Cuban-immigrant stepfather, quit his Wall Street job to start selling books online from his garage and created a company now worth nearly a half trillion dollars.

Yet until Thursday, his philanthropy remained largely a mystery.

He is the only one of the top five billionaires in America who has not signed the Giving Pledge, the promise created by Mr. Gates and Warren Buffett for the superrich to give away at least half of their wealth. 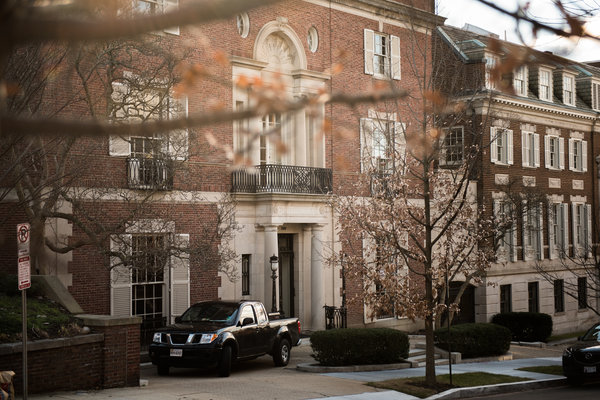 He has never appeared on the Philanthropy 50, a list of America’s 50 largest donors, that is published yearly by The Chronicle of Philanthropy. According to public data and news reports, Mr. Bezos and his family have bestowed around $100 million in total on charities — about one-tenth of 1 percent of his fortune.

He has not created a personal foundation for making charitable gifts, according to databases that track nonprofits. Although he sits on the board of the Bezos Family Foundation and his parents, Mike and Jackie Bezos, run it, Mr. Bezos’ name doesn’t appear anywhere on its website.

He and his wife, MacKenzie, did give $15 million in 2015 to Princeton University, their alma mater. The Bezos family — including Jeff and MacKenzie, his parents and his siblings — recently donated $35 million to the Fred Hutchinson Cancer Research Center in Seattle. Before that, they made two donations, totaling $30 million, to the center. In 2011, Mr. Bezos donated $10 million dollars to Seattle’s Museum of History and Industry.

And last month, Mr. Bezos gave $1 million to the Reporters Committee for Freedom of the Press. His purchase of The Washington Post in 2013 for $250 million was seen by many as a form of philanthropy — using his wealth to support important journalism — but The Post is a for-profit business. He has said that his space exploration company, Blue Origin, aims to save Earth by putting industry in space, but it, too, is a for-profit venture.

Still, Mr. Bezos has never said publicly what he plans to do with his fortune, what causes he might support or even whether he will give away some or most of it.

“The pressure on Bezos to step up is going to grow if he becomes the richest man,” said David Callahan, the founder and editor of Inside Philanthropy, a philanthropy information site. “It’s a little surprising it hasn’t grown already.”

Mr. Bezos declined to comment for this article. His Twitter invitation on Thursday came after repeated questions on Wednesday from The Times about his giving levels and the lack of public information on his philanthropy. A spokesman declined to comment on whether the queries prompted the post.

The Twitter post — while offering the most insight so far about his philanthropy thinking — did not commit to any funding levels or to creating a foundation or an L.L.C., as Mark Zuckerberg of Facebook and other billionaires have done. 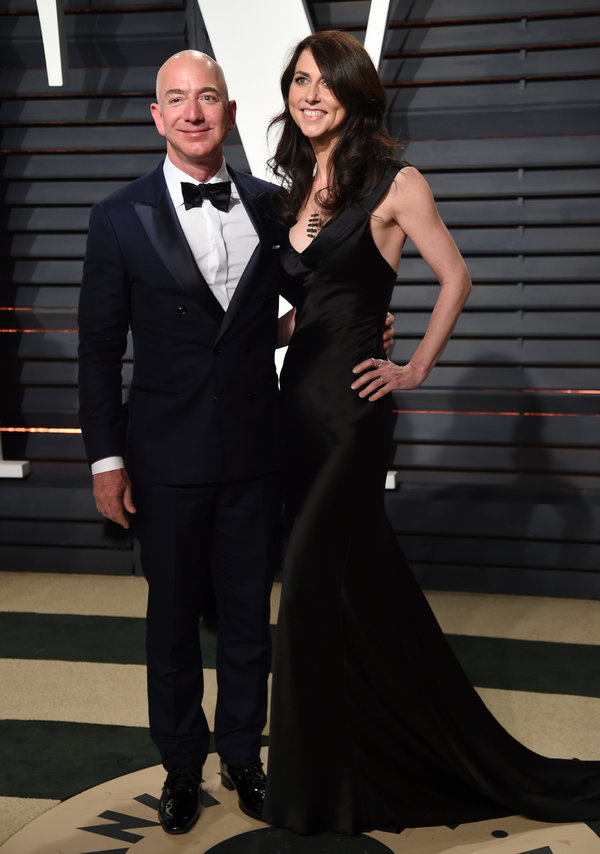 Experts on nonprofits and friends of Mr. Bezos say he has been more focused on building Amazon and would probably turn to philanthropy later. The more wealth he creates today, they said, the more he can give away later.

Granted, money has never been Mr. Bezos’ public goal. Like many of today’s tech tycoons, he has said his mission is changing the world and satisfying customers rather than getting rich. In a commencement speech at Princeton in 2010, he recounted his choice to quit his comfortable job in finance in 1994 to take a risk on selling books online.

“I took the less safe path to follow my passion,” he said, “and I’m proud of that choice.”

He does enjoy some of the trappings of being a billionaire. Last fall, he bought the most expensive home ever sold in Washington, D.C., when he paid $23 million for the former Textile Museum, which he plans to turn into a single-family residence. Aside from his main residence in Seattle, he has a $24 million home in Beverly Hills, Calif., and a ranch in Texas. He is one of the largest landowners in America, with nearly 300,000 acres.

Yet Mr. Bezos has so far refused the kind of charitable pledges common among billionaires today. The Bezoses’ giving has largely been a family affair, with Mr. Bezos’ role hard to determine. Nonprofit experts said the Bezos Family Foundation, while funded with Amazon stock, is mainly led by Mr. Bezos’ mother. The foundation has given away tens of millions of dollars, mainly to causes related to child brain development and early education.

It’s typical, of course, for the wealthy to shift to philanthropy later in life. Mr. Gates was accused of not being charitable enough before he became the richest man in 1995, with a fortune of $12.9 billion. By the end of the 1990s, he had given away more than $2 billion through foundations he created that focused on health and technology. Then, in 1999, he ramped up his giving just before stepping down as Microsoft’s chief executive and setting up the Bill & Melinda Gates Foundation, with more than $20 billion in funding.

Mr. Bezos and Amazon have stepped up their giving in recent years, after critical coverage in the Seattle press. A 2012 article in The Seattle Times called Amazon a “virtual no-show in hometown philanthropy,” but since then, the company has given millions to local institutions and causes.

And judging from his Twitter post and conversations with people who know Mr. Bezos, he wants to forge a new path for addressing social problems rather than just writing checks to nonprofits. His desire to get ideas from the public and fund “here and now” philanthropy suggests what could be a bold new direction for philanthropy.

“In many cases, for-profit models improve the world more than philanthropy models, if they can be made to work,” he told Charlie Rose in 2010.

“We know that he hasn’t been very receptive to traditional philanthropy,” said Steve Delfin, a Washington-area philanthropy adviser to companies and wealthy families. “My guess is that at some point, he will create an innovative new model or a hybrid approach. And maybe, like Amazon, he’ll do it better.”

ALDI stop the secrecy, and stop sacking Australians! We have a culture of openness and a fair go. That’s what we’ve fought for. Watch this video now!! #ALDI

⚡️ ALDI stop the secrecy, and stop sacking Australians! We have a culture of openness and a fair go. That's what we've fought for. https://t.co/fGVqw6ZV86

“The Australian Government and the ACCC has created and agreed on this dishonest practice and the Prime Minister Morrison should legislate to reverse this money laundering practice.” Dick Smith

“Thank you Dick. Thank you so much.
I run a small family owned country motel. We have been getting extorted for years and the percentages are getting higher and higher in the favour of Booking.com and Expedia and the many other sites they own.
My commission bill per month can amount to 3-4k. These greedy American companies make as much as I do out of my business. They do nothing to earn it yet we work 15 hour days 7 days a week.
We pay taxes they pay nothing. We employ locals they do not. I seen this video and tears ran down my eyes.
Thank you so much Dick Smith. You are a true Australian.” Marissa